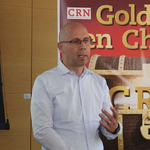 With the self-developed »it-pilot« Stanislaw Panow and his system integrator netcos provide IT service providers with a tool with which the infrastructures of customers can be easily broken down.

The relationship between IT and management is usually problematic. While the company management wonders why IT devours so many costs, the IT manager often feels misunderstood and his work is not sufficiently appreciated. Both have their cause in a historically grown infrastructure that has become unclear and inefficient and whose dependencies and weak points are difficult to break down.

Stanislaw Panow and his team at Netcos have developed a solution to this problem. The »it-pilot« helps to record IT structures and to allocate cost and personnel resources precisely. This not only supports the dialogue between company management and IT, but also helps the system integrator involved to better justify new acquisitions and modernizations. The web application is designed in such a way that the customer can create the database himself after a briefing and the system integrator has so little work to do. 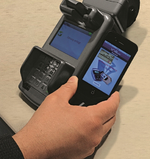